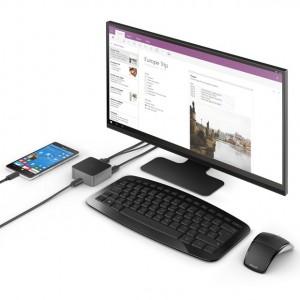 Much is being written about iPhone and Android when it comes to smartphones. We tend to forget that there are other good phones out there – often with new features that the leaders don’t offer yet.

Nokia’s latest offering, the Lumia 950, does not exactly shout out in terms of looks. It is simple and straightforward with a plastic back that can be opened to replace the battery, insert a micro SD card with a decent 200GB of storage, or to access the SIM card slot.

Many users will appreciate the fact that they can replace the battery and insert an SD card – features not possible with most other popular phones these days.

The Snapdragon 808 processor comes with 3GB of RAM and 32GB of storage. The AMOLED display offers a 2560 x 1440 resolution at 564 ppi, resulting in a beautiful screen with sharp contrast and rich colours – ideal for watching HD videos.

The capture of video and pictures is also helped with the latest technology: The 20MP rear camera has a Zeiss lens, optical image stabilization and triple LED natural flash. The front-facing 5MP camera has a wide-angle lens that enables panorama shooting – ideal for those selfies with a lot of background.

The Lumia 950 by Nokia is the first mobile phone that features Windows 10. Microsoft has cleverly applied the principle of re-use by leveraging the code base and features of the PC version of Windows 10. Still, Windows 10 is not very different from Windows Phone 8.1 in terms of the way the phone is used. The interface looks and works very similarly.

One Windows 10 feature that should come in handy on a smartphone is Windows Hello. Using the phone’s biometric technology, it scans the irises in your eyes for identification before unlocking the phone. It seems though that the functionality relies heavily on suitable lighting conditions, the right distance from your face and the correct angle.

Another interesting new feature is Continuum, which enables you to turn the phone into a Windows 10 computer. Continuum enables you to set up a combination of phone, tablet and PC depending on what device you are using.

In the case of the Lumia 950, it changes the Windows 10 interface to suit the phone by allowing you to plug it into an external display, a keyboard and a mouse. The Microsoft Display Dock – charged extra of course, at approximately US$99, facilitates all of this.

Once set up, the Windows 10 interface switches to the larger display while the phone display changes to a simple touchscreen that is used to control the cursor. As usual, the start menu shows tiles for all the apps on your phone, but here’s where disappointment will set in: It currently only works with a subset of Windows 10 apps – naturally, those created by Microsoft.

Windows 10 mobile is an improvement over Windows Phone 8.1, but mostly in the look-and-feel department. The Windows 10 apps are better, but there are still far fewer apps available for Windows than for iOS or Android. Microsoft’s new OS will not shatter the earth, but those who live in and love a Windows world, will appreciate the improvements. 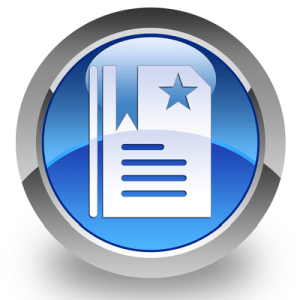 Favourites in different browsers and devices 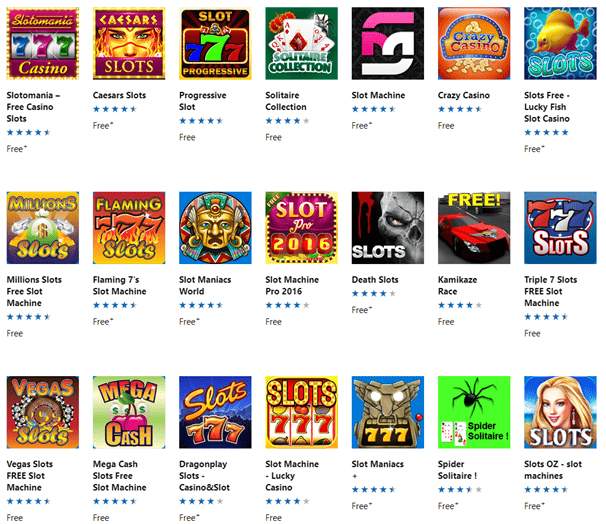 How to play the best pokies games apps with Windows 10? 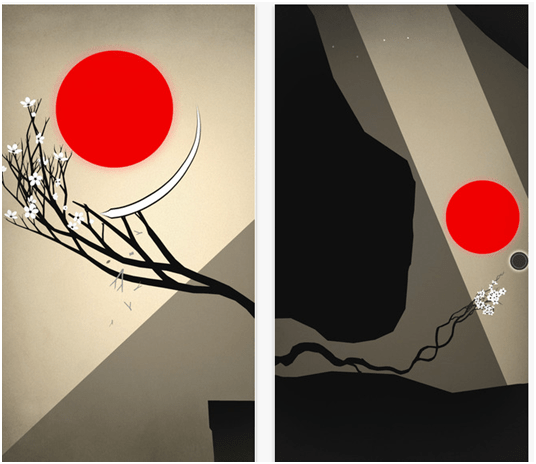