Haven’t we all used Windows Task Manager to kill a pesky application that just hangs? Task Manager has grown task management to include disk, users and network information as well, but there are other apps out there that give you even more information about what your computer is engaged in at a point in time. Even if these apps at least display the same information in ways that are easier to understand and use than Task Manager, they could be useful.

The standard Task Manager certainly has its anomalies, for example, although the first group displayed is titled “apps”, it includes processes associated with standard Windows applications as well as Windows Store apps. Microsoft has provided some tools to augment Task Manager. Process Monitor (and the advanced Process Explorer) do not just display the running processes—they also show what those processes are doing.

A task management app that has a security focus is always a good thing. Security Task Manager displays process information with an emphasis on security. The application provides a virus-scanning link and assigns a security rating to each process to help you determine which ones might be malicious. You can also Google each process, check it for viruses, comment on it, and view its properties.

Many of the tools built into Windows are not available in one place in Task Manager. Free Extended Task Manager adds some of those tools to the standard Task Manager functions, e.g. summary information, applications, processes, services, performance, networking, users, and port usage information.

Some of these apps are free, and the small fee for others might be worth the additional functionality and information they offer. Task Manager has evolved well with Windows 10, but one day it will be due for another overhaul, and we mean more than just changing “spoolsv.exe” to “Spooler Subsystem App”!

How to Launch the Task Manager in Windows?

With Windows there are many ways to launch the Task Manager.

Features of Task Manager in Windows 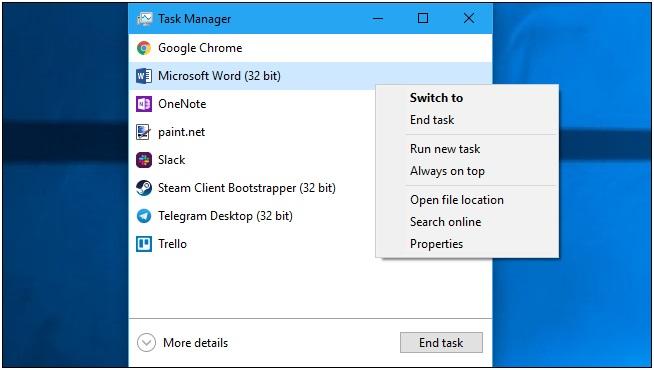 The first time you launch the Task Manager, you’ll see a small, simple window. This window lists the visible applications running on your desktop, excluding background applications. You can select an application here and click “End Task” to close it. This is useful if an application isn’t responding—in other words, if it’s frozen—and you can’t close it the usual way.

You can also right-click an application in this window to access more options: 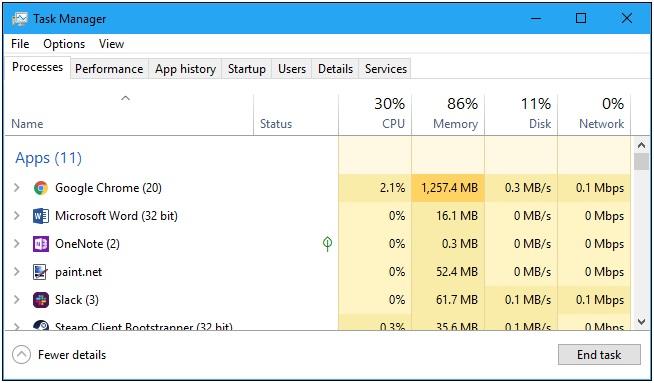 While the Task Manager is open, you’ll see a Task Manager icon in your notification area. This shows you how much CPU (central processing unit) resources are currently in use on your system, and you can mouse over it to see memory, disk, and network usage. It’s an easy way to keep tabs on your computer’s CPU usage. 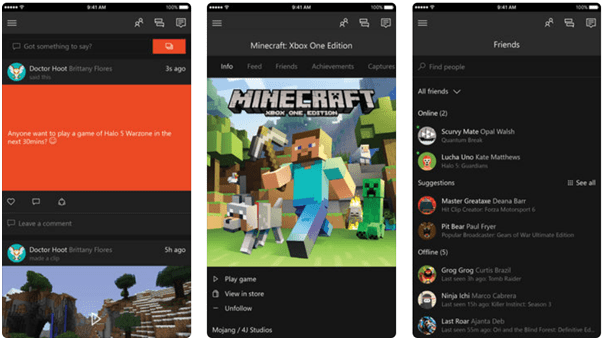 How to get Xbox Apps on Windows Android and take part in Party Chat? 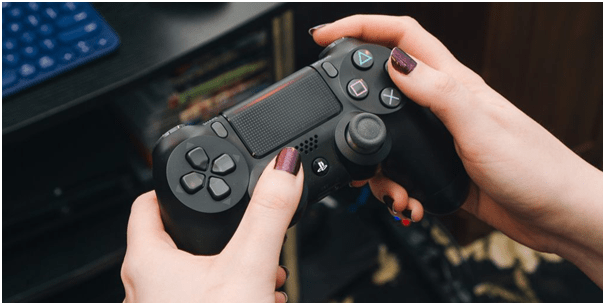 How to open Game Controllers Settings in Windows 10?