Facebook  Gameroom for Windows is a PC app designed to let users play mobile, web, and native video games without the distraction of Facebook’s newsfeed. Widely regarded as Facebook’s answer to Steam, the application is free to download and consists of a large variety of games segregated into different categories. Gameroom’s interface is user-friendly and provides users with an option to watch live game streams. Although the software may not be for hard-core gamers, it is a delight for casual players.

How to play Facebook games on your Windows PC?

All you need to do is save the facebookgameroom.exe file and click on it after the download is complete. Facebook Gameroom install takes place automatically, and you only have to login through your FB account to get started. In case you don’t already have an account, the app lets you create one easily.

Available for Windows 7 and above, the software is a lite version of Steam as said above, offering games that are usually smaller than 200 MB and free. Nonetheless, developers can upload premium games onto the platform and charge customers using in-app purchases. Gameroom also allows users to install games directly onto their PC, so they don’t have to re-download web-based games, every time they wish to play.

Facebook Gameroom app consists of an array of games, including action games, pokies, poker, puzzles, cards, casino, bingo, shooting games, simulators, role-playing games, and more. The app provides you access to a large number of free and paid games, along with smaller versions of popular games. The app’s homepage features recommendations and editor’s picks, both of which can help you find the best games running on the platform.

Moreover, the moment you get tired of playing any game, you can switch and stream live gaming sessions. Players streaming gaming sessions via Facebook Live get automatically listed on Gameroom’s dashboard. The app also includes a chat room giving players from around the globe an opportunity to interact with their opponents.

With Gameroom, Facebook intends to enter the gaming space and directly compete with players like Steam, Uplay +, GOG Galaxy, and more. At the moment, Facebook Gameroom free download for PC comes with no hidden charges. Except for a few premium games, most games on the dashboard are free to install and play.

Moreover, the app allows users to create shortcuts of the games they’ve been playing and lets them share their progress on the social media site. Facebook Gameroom for Android, Mac, or iOS devices is a possibility. However, The Gameroom download is currently only available for Windows PCs. The user-friendly interface is very smooth, allows for easy transition between playing and watching, and provides users with an easy share option.

The dashboard consists of a chat room that allows players to connect with different team members from across the globe. While the Gameroom doesn’t consist of games that Steam usually boasts about, it does have its share of popular games. Gameroom users no longer have to go through Facebook’s news feed to get to their game. The app allows users to create desktop shortcuts so they can return to their games whenever they want.

The fastest growing game on Facebook is Zynga pokies. It is ranked as the top gainer as it has the highest number of both active daily users and active monthly users. With incredibly rich graphics, you spin the reels and get to dash across many different magical and exciting worlds to win coins. You can even get your friends to join the hot jackpot and when Lady Luck looks upon you with favour, you grab the cash before they even realize it’s happened. Facebook brings the game app with an option for sending it to your mobile device simply named “Send to Mobile.”

Perhaps the most popular of the Facebook pokies  games is Slotomania. Since it was launched, the game has drawn millions of new players and there is still no sign of slowing down. The game has grown and surpassed the Facebook platform. It can be expected that very soon, players will even be able to download a mobile pokies app to play Slotomania on their mobile devices.

Lucky pokies on Facebook has more than 1 million users who flock to their mobile device or computer daily to play these interactive and high quality Facebook slot games. Free chips are awarded to active players daily, and the more you play, the more slot machines you will unlock. New bonus games are also constantly added. If you are looking for Facebook slots with a little something extra, Lucky Slots is a great app.

With more than 1 million Facebook users, 3D pokies is a growing Facebook game app. With 1,000,000 coin winners each week, this is one of the most interactive Facebook slot apps available. The Weekend Bonus is given out every Saturday and everyone wins. With great graphics and slot game titles, it’s not surprising why so many Facebook slot players have chosen 3D pokies as their favourite Facebook game app.

Enjoy all the thrills of Vegas’ casino floors in one official app at Facebook! Be instantly transported thanks to the look and feel of actual Caesar Casino pokies machines! There are over 100 such pokies to play here. Here are few of the best pokies at Caesars to play at Facebook.

This is a classic 5×3 pirate-themed pokies with a set number of paylines and a maximum bet of 50,000 coins. Ahoy! Gathering specific items across the screen fills up your Wheel bar until you land 3 Jackie’s Treasures at the same time – the spin then becomes Wildly Rich to multiply winnings. There are 3 separate jackpots as well. The Mini, Minor, and Major grant you 400,000, 750,000, and 2,500,000 coins respectively. And those are more than enough to play on the social Casino game for as long as you like!

Wild Howl brings the power of the pack to your screen. Cool animal graphics and an Indian tune playing in the background ensure a nice, relaxing atmosphere to bet in peace. The pokies bonus feature is Howling Respins – each time you hit 6 (or more) Moon symbols, you’d get three free spins! What is more, the Moons stay in place for all three spins, allowing you to fill the screen with them. Once that happens, you win the Mega Jackpot, which can grow near a million coins.

This pokies comes with 35 paylines and a max bet of 35,000 get you going in a breezeless pokies session. Landing 3 or more Pink Panther Bonus symbols enters the Bonus Arena for multiplied winnings. There aren’t any other bonus games here, so spinning is the only thing left to do!

Spin alongside Tarzan and his beloved to reach he Treetop Treasures Bonus in this incredible jungle-themed pokies. 100 paylines allowing a maximum bet of 100,000 is among the “high roller” free pokies  on Facebook. In addition to big bets, the Wild symbols here are mind-blowing. Each Wild elephant expands on a single reel, while the Jungle Prince Wild gets you a re-spin for free!

Foxtrot Follies brings to mafia-themed pokies , packed with 50 paylines and a max bet of 50,000 chips. Jolly jazz music plays in the back while you spin your way to riches. There are a number of realistic symbols to stack, Scatters, Wilds, and Free Spins. In addition, all free spins include only high-value symbols!

Here a set number of paylines and a highest bet of 100,000 are great to set up huge wins. The On Fire Multiplier can give you an x5 bonus to each spin. Additionally, the Shamrock Quest Bonus lands you a multiplier of up to x30! There are also Wild Rainbow free spins and Expanding Wilds here.

Be it for book or sea-themed pokies fans, Moby Dick is a top pick when it comes to free Facebook pokies. The maximum bet is 50,000 and each spin is accompanied by suspenseful background music to keep you on your toes. Progressive Doubloon Jackpots can land anywhere on the reels, with the Wild Whale turning other symbols to Wilds! There’s a Whaler Bonus Game, Wild multipliers, and Free Spins available, too!

This one comes with 30 paylines and a total maximum bet of 30,000 chips. Traditional ancient Egyptian music plays while you try to get in Cleopatra’s good graces. Scatters, Wilds, and Multipliers are all over the screen, as the Kingdom Quest bonus awaits your arrival.

Engaging pokies on a free Casino app don’t get much more real than Vegas Cash Slot. The graphics are amazing, there are 50 paylines, and a few bonus games to explore. Coin Grab and Money Case features to keep your attention, shifting Scatters, and three Jackpots to complete the picture.

If you want to play fairytale-themed pokies on Facebook for free, Despicable Wolf is an excellent choice. 80 paylines are more than enough to keep winnings balanced, with Power Paw bonuses to increase profits up to 200 times! You’ll also find Free Spins and Wilds to get a well-polished free pokies. 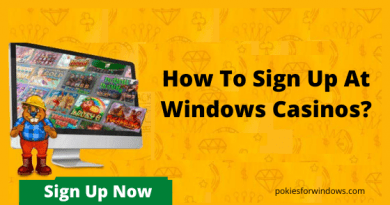 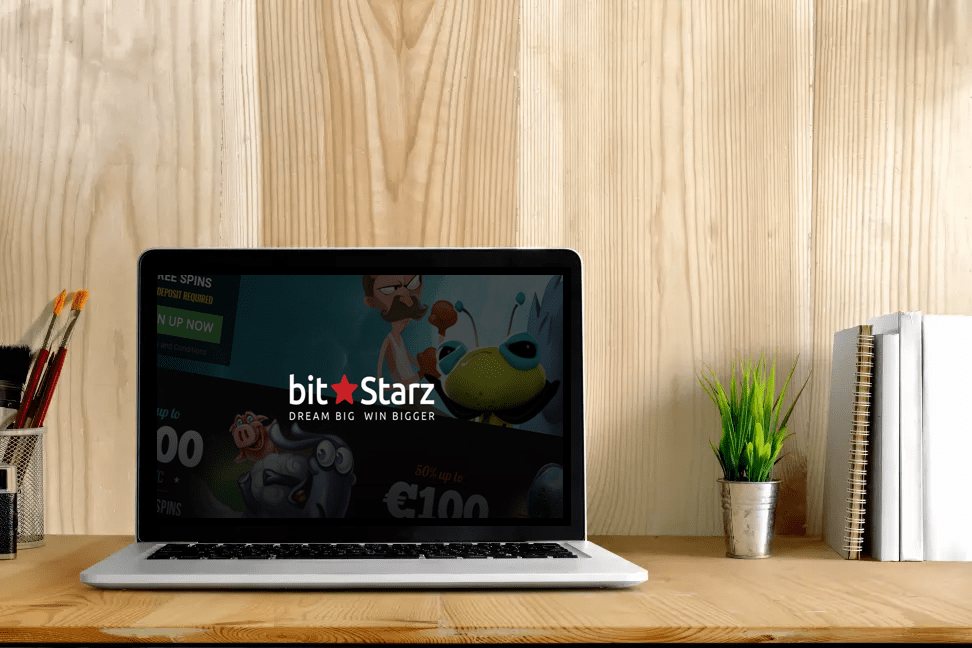 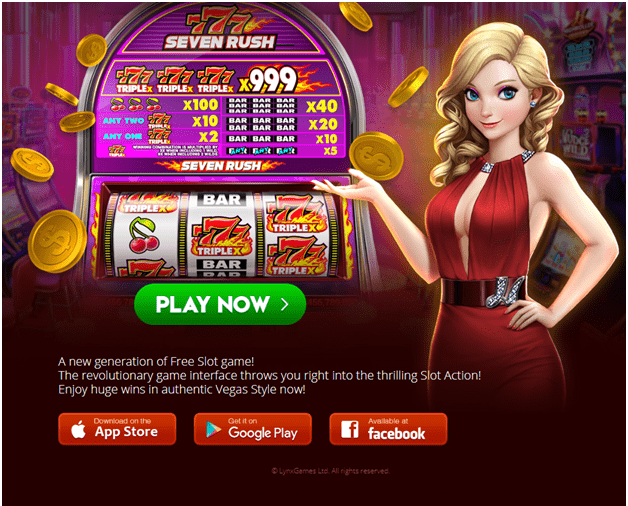