You are here : Home»Games» Keno 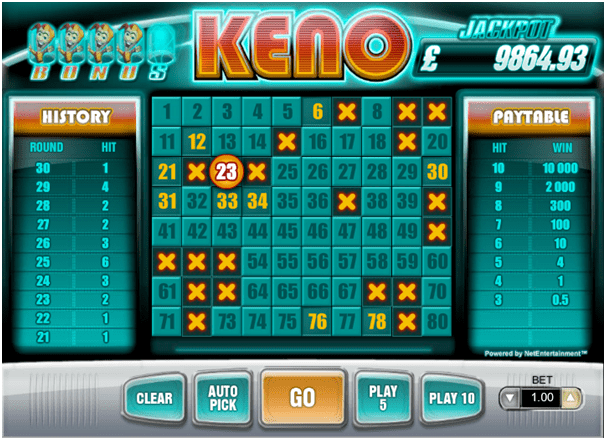 Played Keno lottery before then you will love Keno at online casinos which is an exciting game to win some amazing payouts. Online casinos offer many keno games to play online. Some of the Keno games are classic keno board games and many keno come in the form of pokies games. These games are powered by top notch gaming software companies like Microgaming, NetEnt, Betsoft, Real Time Gaming and more. Many of these games are free to play for fun without spending any Australian dollar. But that’s your choice to play for free or with real money. 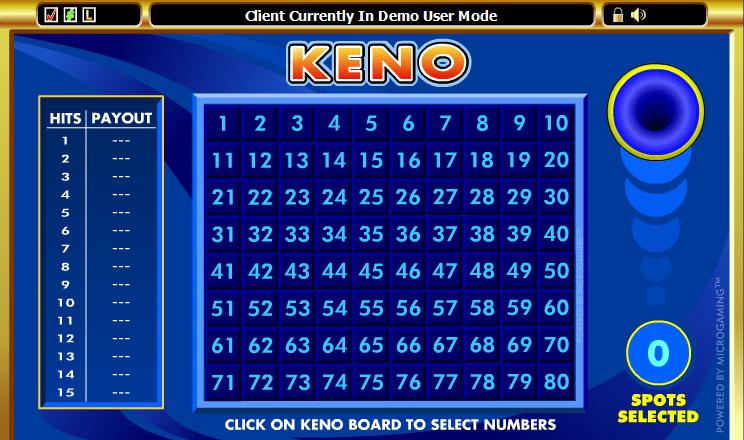 This game is  offered by Microgaming and other gaming providers that can be played like the regular keno board game featuring 80 numbers and players will have the ability to select up to 15 numbers with a cash wager. Playing one number and matching it will result in a 3 coin payout. Suppose you choose 15 numbers and are lucky enough to match all of those, you will be generously rewarded with a 10,000 coin payout. This Keno game is a fun and exciting casino game that can be played by players of all skill levels. 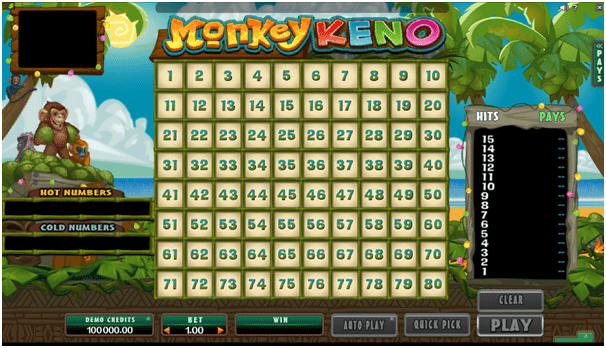 Monkey Keno is a standard version of the game  developed by a company called Mahi Gaming using Microgaming’s Quickfire platform is a cross between bingo and the game of lotto. This game is played on an 8 x 10 grid with eighty possible numbers from which to select. To the right of the grid is the paytable which displays the payouts for the number of balls you have selected and on the left-hand side is the coconut-flinging monkey above a list of the ‘hot’ and ‘cold’ numbers.

Monkey Keno follows standard Keno rules so you must first pick between three and fifteen numbers by selecting with your mouse or using the ‘Quick Pick’ option. Now all you need to do is click ‘Play’ and the monkey will proceed to launch twenty coconuts onto the grid, hopefully covering as many of your picks as possible. The biggest prize of 10000x your stake is won by selecting the maximum of fifteen numbers and having them all covered by the coconuts. 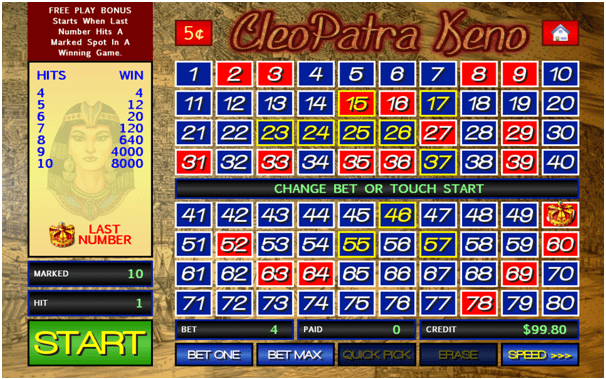 Cleopatra Keno is an exciting and most popular video keno game with a free play bonus if the last number drawn hits a marked spot in a winning game. The bonus is 12 free plays where any wins are multiplied by two.

4 card Cleopatra Keno  is same as Cleopatra Keno only that it is now available with four card play! The game has the same odds and payouts as in the casino with multi denomination machines. You choose from 1 cent up to 1 dollar per credit with a max bet of 10 per keno card. 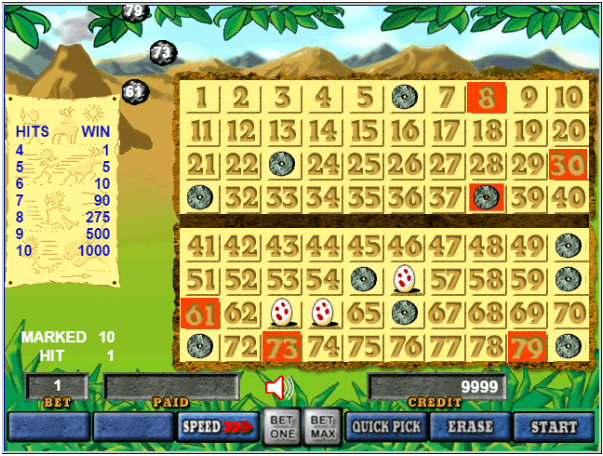 Caveman Keno is an extremely fun game that casino lovers enjoy as it’s a cool variation over standard keno with robust graphics and pleasurable ancient sounds. The game chooses three numbers before the draw and if at least two of them match the 20 numbers drawn then the player will win a multiplier.

The player will win depending in part on the number of the player’s picks that match the 20 numbers chosen by the computer, as in regular keno. The player will get a multiplier according to the number of eggs that match the 20-ball draw. The usual multipliers are 1x for 0 or 1 match, 4x for two matches, and either 8x or 10x for three matches. Usually 8x. The player’s win will be the product of the win according to the pay table and the multiplier.

There are various other Keno games to enjoy at online casinos. You can play at Fair Go Casino, Emu Casino, Rich Casino, Superior casino, Mongoose Casino and various other windows casino instantly without any download.

Click here to find how to play Keno in Australia.