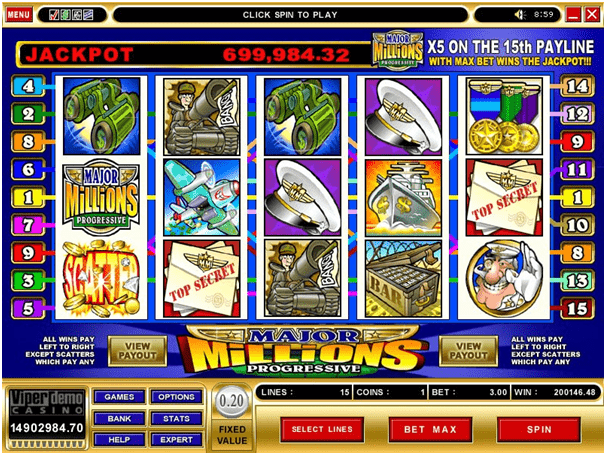 Major millions progressive jackpot pokies comes in two formats: five reel and three reel version. This is widely played online pokies that Microgaming has developed and you can find it to play at reputed online casinos. In a three reel version of Major millions you have got to bet all three coins to try your luck for the progressive jackpot. This jackpot is really some big deal as it could make you a millionaire in seconds. You can find this version interesting when you make a mega win of more than million dollar while spinning the reels. Now go for mega winning and start spinning the reels. 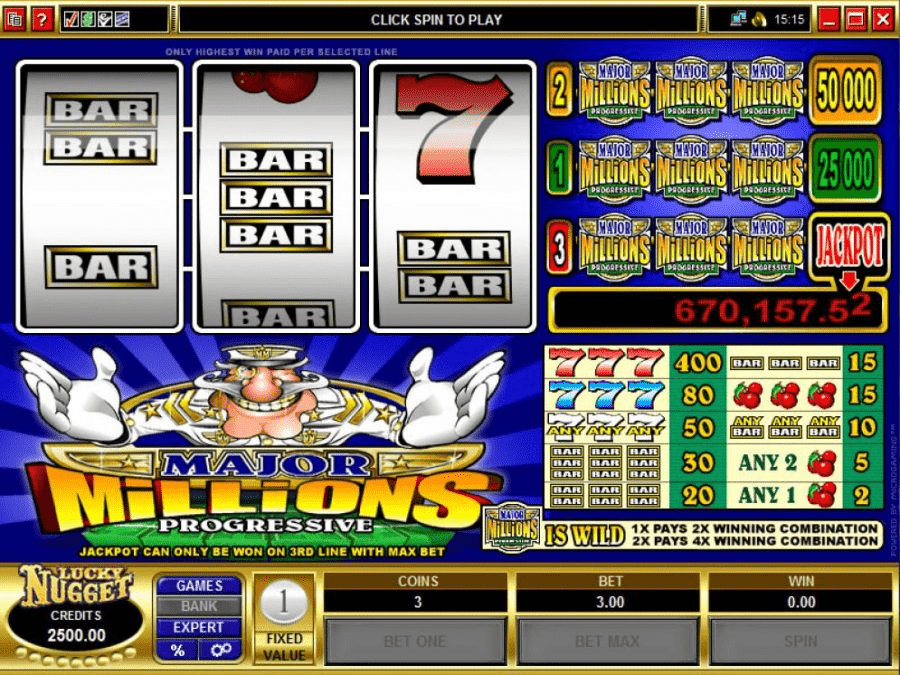 There are none of the usual playing card low symbols on the reels in Major Millions, instead all symbols are military based, which does enhance the feel of the game considerably and does make the game eminently more pleasing on the eye.

Coins are a fixed value of 0.20 and you can bet one coin on each pay line, you can select how many of the 15 pay lines you want in operation in the game, though to win the progressive jackpot, you do need all 15 in operation on a spin. 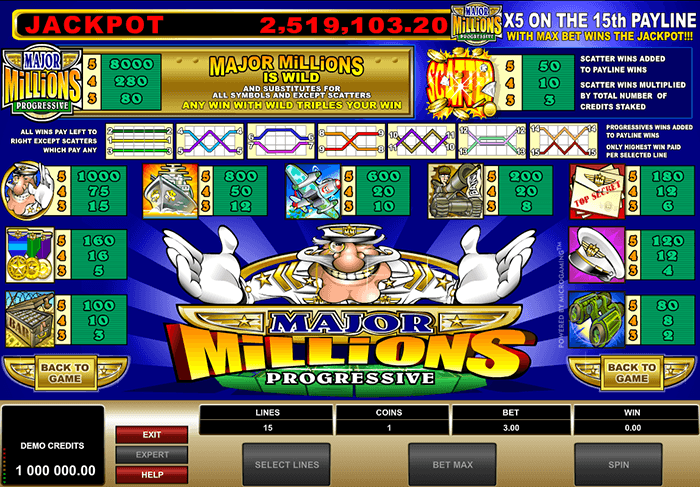 There are several other features of the Major Millions pokies that players need to be aware of. The first is that you can switch the game into Expert mode, which allows you to use the Autoplay feature, allowing you to have the reels spinning for a stated number of spins, while you busy yourself with something else that requires your attention.

The progressive jackpot meter is displayed at the top of the screen clearly, so you can see exactly how much money you are aiming to win.

To trigger a base game win you need three of any of the symbols in the game across the first three reels, though if you land four or five of the same symbol on a single payline, the size of your win increases markedly. For example, 3 Major Millions symbols wins you 15 coins, but land 5 on a pay line and that increases to 1,000. 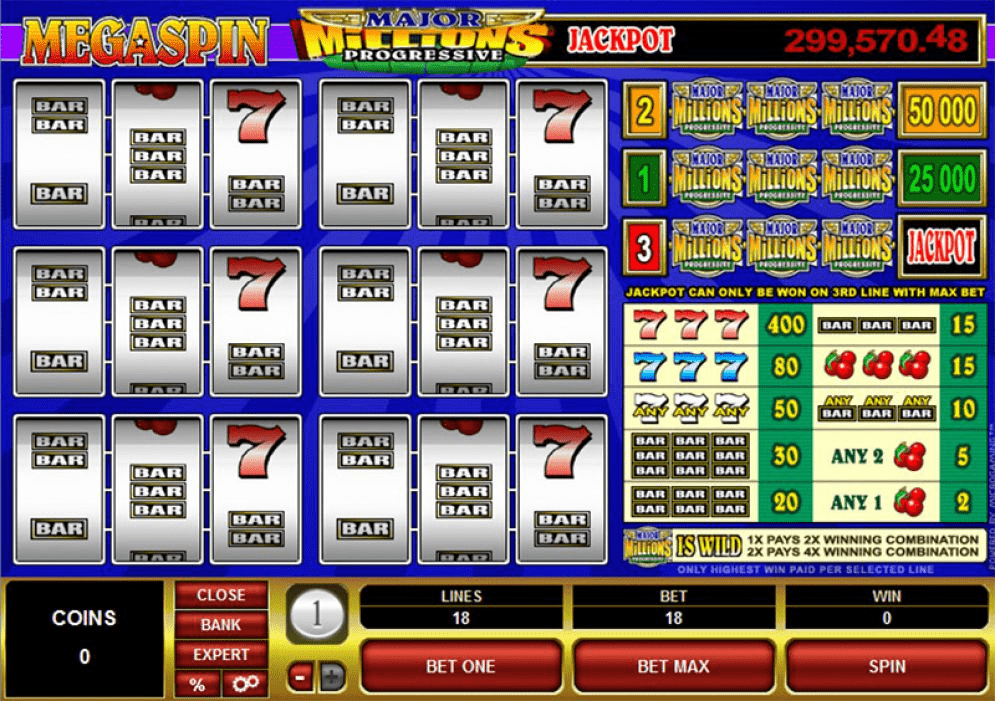 There is a scatter symbol in the game and this is the explosion symbol with the word Scatter enclosed within it. Scatter symbols can land anywhere across the reels to trigger a win though you do need to land three or more to earn a cash prize. All scatter wins are added to any additional pay line wins you may have and scatter wins are multiplied by the total number of credits you staked on that spin.

Land the Major Millions Wild in all these positions and you trigger the massive Progressive Jackpot prize, which could see you take home at least hundreds of thousands, if not more.